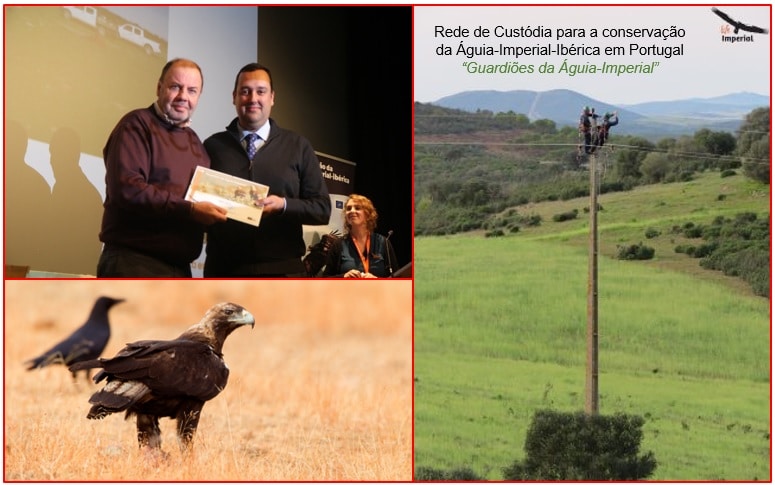 JJTOMÉ was honoured on November 15 in Castro Verde, during the Seminar ‘Conservation of Birds of Prey’ organised by the LPN – League for the Protection of Nature – and the Municipality of Castro Verde under the LIFE Imperial Project.

This seminar staged an international meeting on the conservation of the Imperial Eagle, whose objective aimed at disseminating the results obtained under this project, as well as the recognition of the performance demonstrated by those involved.

JJTOMÉ, although signing only in 2017 the commitment as ‘Guardian of the Imperial Eagle’, within the performance of the TBT-ACE of which it is part, it contributes since 2010 for its protection under the contract of construction and maintenance of the electrical distribution network for the EDP Distribuição client.